Religious centre and world-famous pilgrimage, where took place the apparitions of our Lady in 1917 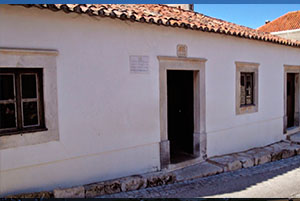 About three kilometers have the homes where the children were born.
The houses are impeccably preserved in a locality called Valinhos.

Obidos or House of Queens, Medieval town one of the most picturesque and well preserved in Portugal.
Fishing village of the most typical of the Portuguese coast.
Since the day 1 November 2011, when McNamara has surfed the wave of 30 metres, filmed and broadcast by the BBC and CNN, put chains to Nazareth on the world map of giant waves

Coming then to Óbidos (Unesco World Heritage), we will have the opportunity to view the fortified village of white houses, narrow streets in medieval environment.
The ginjinha of òbidos has a strong flavor and dark red color and is a drink typical of the area. Definitely we recommend a proof of this delicious nectar.